I've been doing a devotional... it's been really good. Yesterday's topic was interesting. It was about God's discipline... I am a firm believer in God. I believe so much in Him, but I have a hard time with the concept that Jovi was taken by Him for me, or Daniel, or anyone to learn some kind of lesson. I so much believe that God is love... how could He (who loves me so much) take my baby?  I have always believed God didn't take Jovi. Jovi couldn't be saved. For some unknown reason, Jovi died. God didn't save her... but, He gave me everyone and everything I've needed to attempt walking through this. I believe He took and guided her home. I believe He is taking good care of her in Heaven. I believe He's mourning with me and His heart is broken with my broken heart. I have the hardest time believing that Jovi's death was because a lesson needed to be learned. Maybe so... who knows. God sacrificed His son for so many... we get eternal life because of it. I know lives will be saved because of her... it's still so hard. I believe God will turn this horrific event for the good, but I have a hard time accepting that He took her because of His discipline. Maybe I'm missing something major... but my brain just has a hard time grasping that.

I'm praying I get out of this all day sad funk and have a "good" day soon. I know one has to be around the corner... in the mean time- Jovi, I miss you more than ever. I wish you were here. I wish I could have seen your smile on my birthday. I can't begin to say how life isn't even slightly normal without you. I can't wait to see you again. I love you, baby, to Heaven and back. 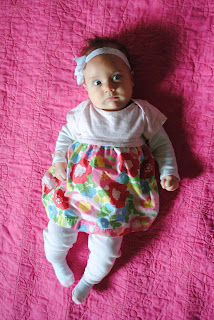