Yesterday marked two whole months without you. It's been far too long since I've just been able to hold you.

I tried to stay busy in the morning. Took the boys to the bounce house (had our bonus lil guy).  Before that, I had to go through all of Jovi's things to take them to someone who will transport them to Boise. My aunt is going to make us a memory quilt. I can't wait to have all of her clothes and blankets on one quilt and be able to snuggle up in them. It was really hard, but I finished. The boys took a nap. I, of course, read my grief book and devotional. Went to my parents after nap. We went to dinner then my mom and I walked home. All in all it was an okay day. I have had so many down days.... I seem to be climbing back out of the hole and having some much needed up days.

I can't believe Jovi has been gone for two months. It's so frustrating that I have to be away from her... that I have to now have anniversaries for her death rather than life. I hate how her 6 month birthday will be celebrated in Heaven. It's so heartbreaking. It's rather hard. I miss her so much. I think of her all day long. I hate how her age is stuck at 16 weeks.... Babies that were younger than her have now surpassed her in age. Jovi's chart always says "16 weeks". I hate that she never grows up. She's stuck... I hate that I can't imagine her any bigger than 16 weeks... that here on this Earth, I'll always have a 16 week old baby. I hate knowing that seemingly healthy infants/kids can just die. I'm always so relieved to see Cash's smiling face in the morning and after nap. I have held babies since Jovi's death and have a really hard time mostly fearing they are just going to die. It's so hard. All in all, I find this all still so unfair.

I've learned so much in the last two months. It's been the hardest two months of my entire life. I've never imagined my life going this way. I've wondered more in the last few weeks if my life was going to feel dreadful/doomed forever. I started a new book, A Grace Disguised, about a man who lost his wife, mother, and daughter all in an accident. He says life will still be good. That loss really shows you how to live life and shows you what's important vs what's not. It's amazing how God works... just when I'm struggling the most- He always gives me what I need.

Gifts of grace- I've received so many its incredible. I would imagine I had them a lot before Jovi died, but just couldn't see the smallest gifts of grace. Now, I see them everywhere: from my dad being on call, to Dr. P being accidentally called to Jovi's code, to finding a mom who's life is very similar to mine right now, to people sending me the books I need to read, to my devotional being exactly what I needed that day, to people sending me texts/emails/phone calls at the exact time I need it, to Cashy keeping me laughing in some of my heaviest days... I've been given so many gifts of grace through all of this. I am beyond thankful.

I continue to push through grieving... Attempting to work hard at doing it now so that my life will be good in the long run... so that I don't feel like this forever. I can't believe someone who was in your life for such a short time can change it so drastically. 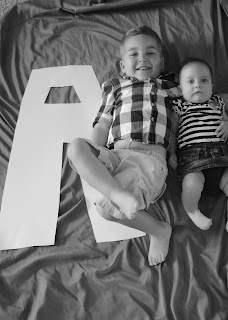 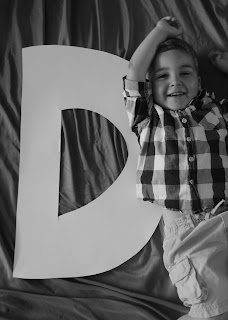